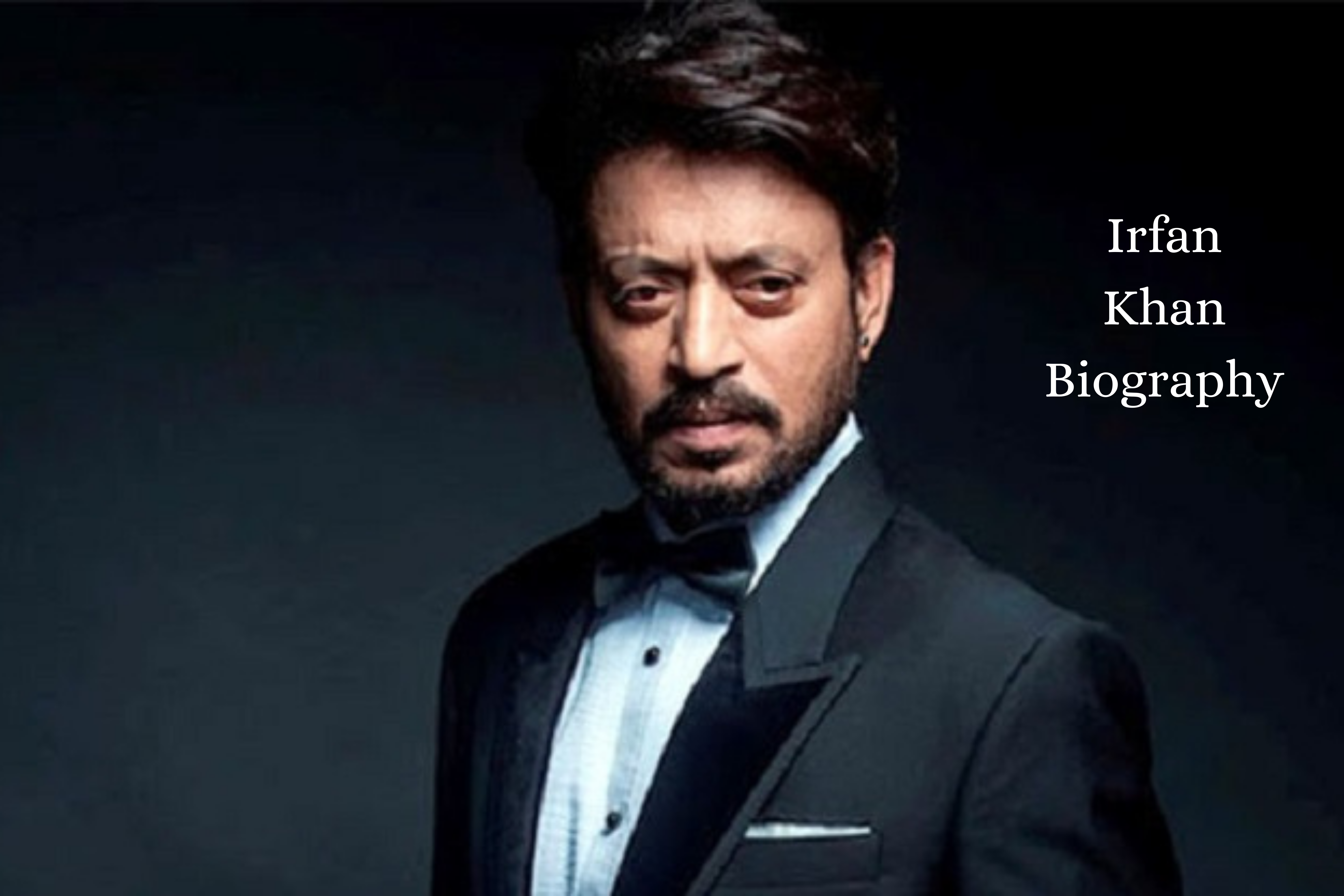 Irfan Khan is one of the finest actors in the Bollywood as well as Hollywood industry. Irfan is one of the actors whose fans just go to watch his movie even though the story of the movie is not up to the mark.

His fans just think that he won’t disappoint them and can take any movie to another level purely because of this acting.

He had made a place in everyone’s heart just because of his acting skills and dialogue delivery. He was born on January 07, 1967, in Jaipur, Rajasthan. His father’s name is Sahabzade Yaseen Ali Khan and he was into the Tyre business.

He had an equal interest in studies as well as in sports in childhood. When he was completing an MA in 1984 during that time he got an acting scholarship from the National School of Drama, then he came to Delhi and started doing Theatres. He used to work very hard there.

In 1988 Meera Nair selected him to do the film, his role was very small but important in the movie Salaam Bombay and he was very excited too. But when the movie was released then he came to know that his role was edited and removed.

He was very disappointed because of this incident but then also he never gave up and slowly and steadily he got TV serials and done a few super hit serials like Chanakya and Sparsh.

In 1998 he got the offer in a movie Ek doctor ki Maut which he signed immediately but this movie did not make any difference in this acting career.

Apart from this movie he also got a chance in a few more movies in the same year but that also did not make any big difference.

He then got a chance to act in the movie The warrior which was directed by the London-based Director which was released in the International film festival in 2001. After this, his career took a pace in the Bollywood industry.

He got a title role in a movie name Maqbool and people also appreciated his role and then he decided to do the lead role. He had done movie name Rog in 2005 and it was also very much appreciated by viewers. There was one article in the newspaper where it was written that Irfan’s eyes speaks more than his words from mouth.

In 2007 he had done movie name Metro which was a chartbuster for which he had also got filmfare award. He was also seen in the hollywood movie The namesake and A mighty heart.

He was returned on TV with the TV show Mano ya na Mano. He also acted in the movie Slumdog Millionaire which was a record-breaking movie for which he got a Guild award for outstanding performance.

Danny Boyle has also said that “Irrfan has an instinctive way of finding the moral center of any character”. At once Juila Roberts also waited for him outside Oscar ceremony and when he arrived she praised him.

He also got an offer for the movie Interstellar. He also acted in the movie ACID factory and New york. In the movie Paan singh Tomar he also got a National award for the best actor in 2009.

In 2012 he played a very important role in the movie The amazing spider-man and Life of PI because of which in the same year he got Padmashree. He also acted in many other Bollywood movies like Haider, Gunday, Piku etc for which he also got few awards.

Irfan khan was a very hardworking actor and he had a dream to a gift bag full of money to his parents.