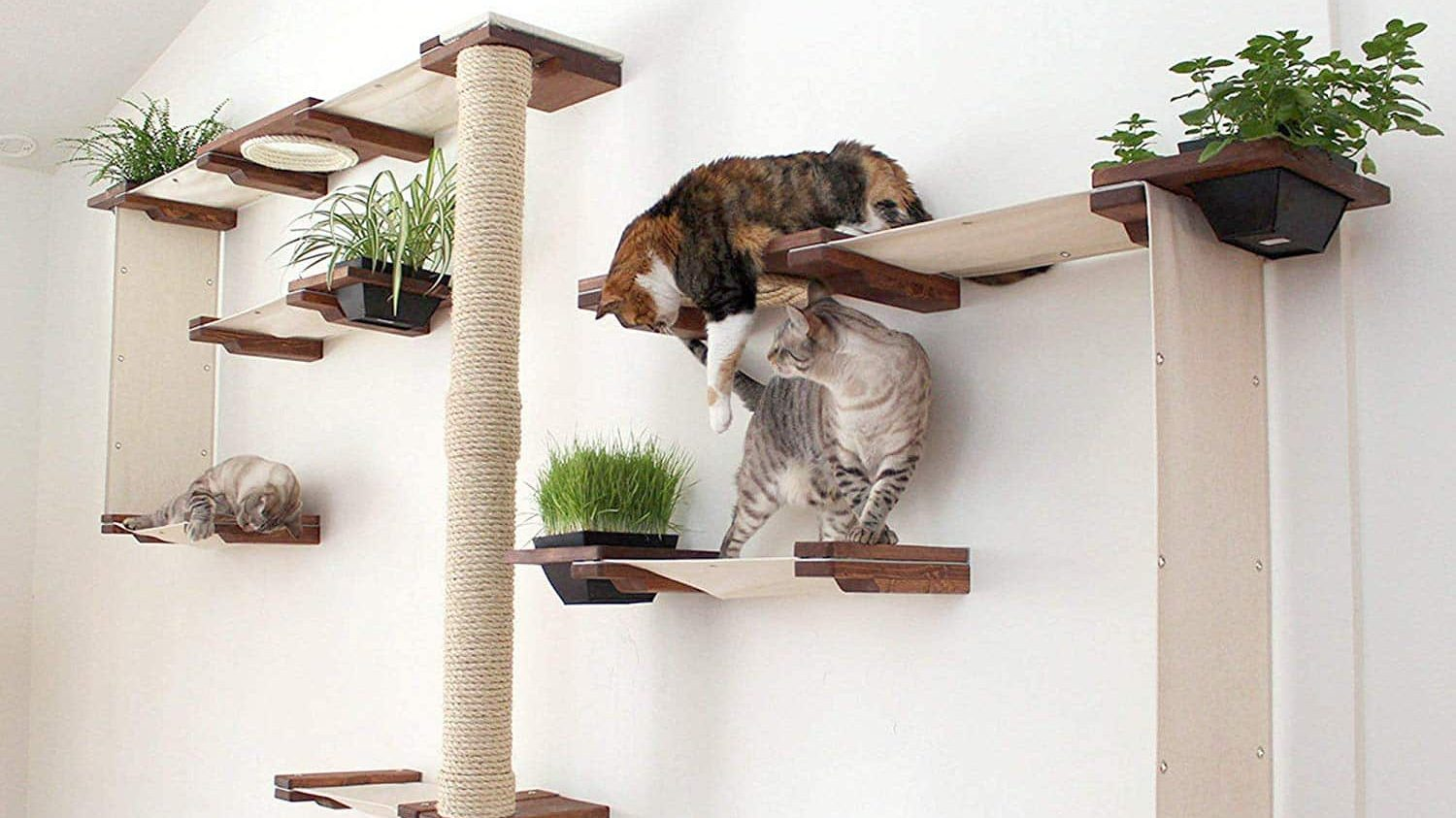 For the happiness of your cat, it is essential to enrich its environment by offering him essential products for its well-being and its health, which is all the more important if your cat does not have access to the outside.

his goes of course through food, bedding, comfortable beds, a play area, but also through the possibility of scratching. To replace or associate with a cat tree, the scratching post is an essential accessory for your cat and the tranquility of your furniture!

First of all, for the cat, scratching is a natural need: it allows him to use his claws, but also to mark his territory.Unlike the outdoor cat, the indoor cat’s lifestyle does not allow it to naturally wear its claws in contact with hard surfaces. Also, having sharp claws is not vital to him unlike the outdoor cat that climbs, hunts or must defend itself in the event of aggression or to protect its territory.

A cat that does not have access to the outside must therefore claw what it has at its disposal in order to file its claws, but also help their renewal. About once a month, claw residues fall leaving a new and pointed claw, this is a natural cycle. Buy cat tree

Concerning the marking of the territory, it is a question of pheromones and lacerations. By clawing, the cat releases pheromones from glands located between the pads. These olfactory and visual signals are the preferred means of communication between cats. Namely, there are several types of pheromones released by different parts of the body used to transmit a specific message: danger, well-being, attachment, territory.

The scratches indicate to other cats via the smell of pheromones and by visible lacerations that this territory already belongs to one of them.Scratching is therefore a necessity for an indoor cat, so do not be surprised that it attacks your sofa, your curtains or your tapestry. If you observe this in your cat, know that it is useless, even inadvisable, to reprimand him. On the contrary, since scratching is natural for him, preventing him from satisfying this need can cause him great stress.

It is therefore there that a scratching post appears useful in order not to prevent, but redirect the scratching elsewhere than on your furniture and allow your cat to use its claws on an appropriate surface.

However, it sometimes happens that the scratching is associated with a behavioral problem, especially when these are numerous and scattered in different places near the doors and windows of your home.

To make the right choice, it is important to know your cat and his behavior when he is scratching. Observing it will greatly help you to make your choice concerning the model but also the material to favor.

As a general rule, cats tend to prefer horizontal scratching posts which, similar to a tree trunk, allow them to stand up and stretch while clawing. These scratching posts can be simple or much more sophisticated, like the scratching tower.

This product is a good compromise between a cat tree and a scratching post. Most of the tower, or even the whole, is covered with a material intended to be scratched. The tower also has an internal structure allowing the cat to gain height and rest at the top if it wishes.

If your cat tends to scratch your upholstery, there are wall scratches to fix at the place of the scratches. In the same way, there are corner scratching posts suitable for furniture or sofas.

For cats who like to scratch carpets or for an elderly cat, choose a scratching carpet or a horizontal scratching post.

Despite your purchase, do you notice that your cat is not using its scratching post? There are a few tips to encourage him to go there.You can use catnip to draw your cat’s attention to his new accessory and invite him to use it.

Show him the example by placing his paw on his scratching post. Putting its smell on it will help it to go more easily towards the object in the future

Use Feliscratch on the scratching post. This blue product based on synthetic pheromones and catnip attracts the cat both by the smell and by the visibility of the product. It reproduces the pheromones released by the cat during the scratching in order to indicate to him the place to scratch.